The Meaning of Flowers: What your Favorite Blooms Really Represent 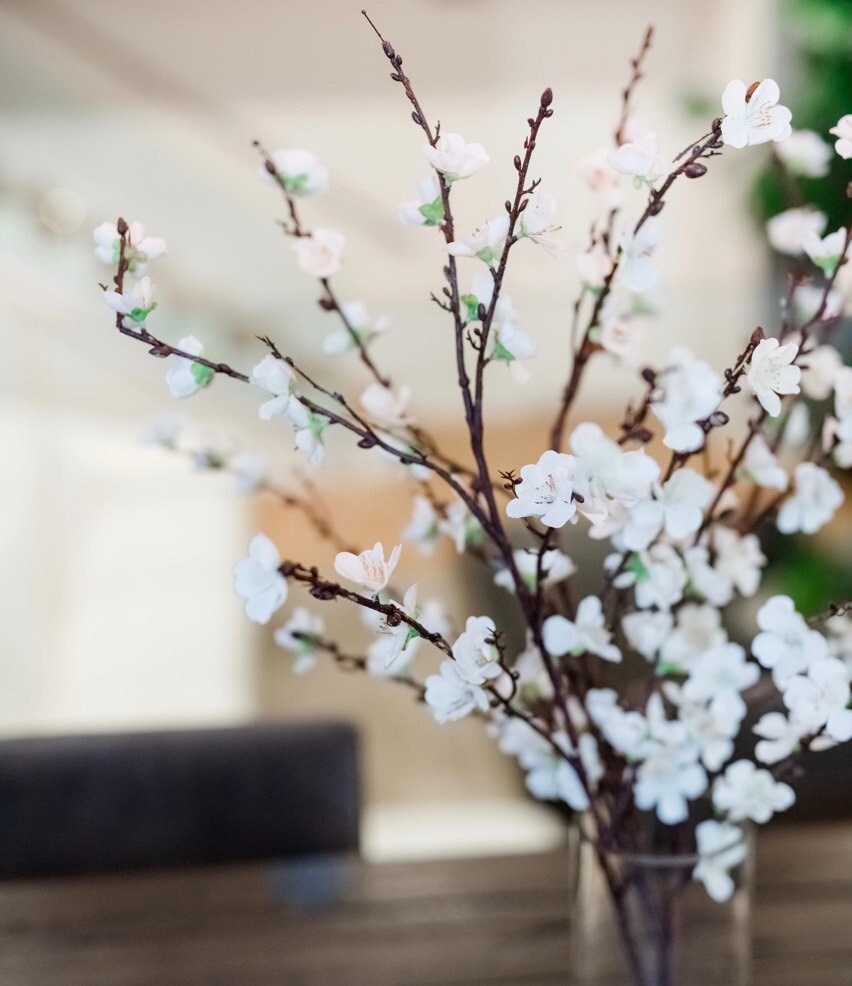 Have you ever wondered why certain flowers are associated with a particular celebration or event?

One of my favorite novels, The Language of Flowers by Vanessa Diffenbaugh, was inspired by a flower dictionary, a Victorian-era book that explains the meanings of different types of flowers. I pored through this enchanting book in two days and was fascinated to learn the symbolism behind many common blooms dating back thousands of years!

There are no real rules when it comes to flowers in today’s world, but it’s certainly fun and can even be helpful to know a bit of history about a flower and understand the significance of its bloom. Here is a short, but informative summary of the ten most popular flowers likely to appear in your next floral arrangement or bouquet.

Amaryllis is popular during the holidays because its vibrant blooms brighten up a winter landscape. However, they naturally flower in the spring and are often forced to bloom in time for Christmas. Although red and white are the most popular colors, amaryllis flowers may be pink, orange, yellow/green, and salmon/coral. The amaryllis flower has come to symbolize pride, determination, success, and radiant beauty. They are often given as gifts for a hard-won achievement. Amaryllis is also a Greek female name that means “to sparkle.”

This flower opens for only a handful of days each year. Blooming in the hundreds, they gently unfold, reaching their peak as tiny, delicately-colored blossoms. They die soon after, but as they detach from their stems they billow out into the wind in beautiful clouds of petals that blanket the ground in white and pale pink.Cherry blossoms are the ultimate symbol of springtime. These flowers are cherished in Japan and represent fragility and the beauty of life. It's a reminder that life is almost overwhelmingly beautiful but that it is also tragically short.

Throughout history, Japan has gifted cherry trees to many countries including the US and the blooms are considered a gift of renewal.

A mouthful of a name, chrysanthemums are often called “mums” and have various meanings all around the world. Buddhists use chrysanthemums in offerings due to their powerful yang energy, while European countries use them exclusively as memorial flowers.Mums also have come to symbolize fidelity, joy, and optimism. In Australia, a mum is the official flower for Mother’s Day, largely based on its nickname, and is often a wonderful gift for the elderly because it’s viewed as a symbol of longevity and luck.

No other flower better represents innocence than the daisy. These springtime petals are a true symbol of new beginnings, innocence, and even true love. Gerber daisies specifically convey cheerfulness, and this joy can be felt with each bloom.Daisies were once referred to as “day’s eye” since the petals close over the bloom’s yellow center each night and reopen in the morning. This is largely where the phrase, “fresh as a daisy” comes from. According to Meg Ryan in the classic film You’ve Got Mail, “daisies are the friendliest flower.”

First discovered in Japan, the name hydrangea comes from the Greek word “hydor,” meaning water, and “angos,” meaning jar or vessel. This roughly translates to “water barrel,” referring to the hydrangea’s need for plenty of water and its cup-shaped flower.

Generally representative of heartfelt feelings, other symbols attributed to the hydrangea appear conflicting. On one hand, hydrangeas can be used to express gratitude for being understood, offered as an apology, and are also the symbol for the fourth wedding anniversary.

On the flipside, the hydrangea symbolizes frigidity, heartlessness, boastfulness, bragging, or vanity. Hydrangeas have even been viewed as a symbol of arrogance, dispassion, and a polite way of telling a suitor you were not interested in them!

No matter how you feel about hydrangeas, they do produce magnificent blooms. Bonus fact: hydrangea root can be used as an antioxidant, and is also used to treat kidney problems.

If there's one flower that’s blooming with symbolism, it's the lily. Amiability, purity, love, fertility, femininity, unity, and transience; it represents them all. Often associated with weddings, they are the 30th wedding anniversary flower because they represent devotion. Lilies are also seen at funerals because they signify the soul of the departed has received restored innocence after death.

Drew Barrymore is a self-proclaimed “sucker for lilies” in the movie 50 First Dates. And the lily is the national flower of Italy. Who knew?

Once upon a time, there was a French botanist by the name of Pierre Magnol (1638 – 1715). He helped scientists determine that plants came in families and not just species. Guess who magnolias are named after?

Magnolias grow on trees, not vines, bushes or stalks, and can live for a full century.

Their bright and sweet-smelling flowers attract beetles, which helps the magnolia to pollinate.

Known as the flower of riches and honor, the peony is the traditional floral symbol of China, the state flower of Indiana, and the 12th wedding anniversary flower. Its full, round, and ruffled blooms embody romance and prosperity and the peony is regarded as an omen of good fortune, good health, and a happy marriage.

During the Victorian era, the peony’s meaning was expanded to embody a love that had been won. Where roses were used for wooing and courtship, peonies were the flower a man would give to his beloved when he knew he had won her love.

Roses have been used for hundreds of years to convey messages without words. They also represent confidentiality. The Latin expression "sub rosa" (literally, "under the rose") means something told in secret, and in ancient Rome, people placed a wild rose on the door to a room where they were discussing confidential matters.

Most people think tulips come from Holland. In reality, they are native to Central Asia and Turkey. In the 16th Century they were brought to Holland from Turkey, and quickly became widely popular. Today Holland cultivates great numbers of tulips in huge fields.

The name "tulip" is thought to be derived from a Persian word for turban, based on their similar shape.

Many of us use flowers to send messages to others. By sending a floral bouquet, you can convey anything from “Congratulations” to “Thank you” to “I’m sorry” to “I love you.” You probably spell these words out on the accompanying card, but now you’ll know a little more about the abstract concepts a flower symbolizes. And when you proudly display a beautiful floral arrangement in your home or office, you’ll perhaps have a better understanding of the meanings behind the blooms.

The goal is to have fun with it and find your favorites if you haven’t already!

Previous Post ANDSOSHE: The business philosophy, the woman behind the brand, and what she believes it’s all about
Next Post The Secrets Behind Your Favorite Flowers: Where and When They Bloom
0 items in your cart